I finally watched Jacques Audiard‘s gritty 2009 2hr35min masterpiece, Un Prophète (A Prophet). Yes, I said masterpiece and I am aware that is not a word that should be used as often as it is.

What made it so good? Well, it’s interesting you ask because I was about to tell you…

Let’s start with something a lot of reviewers neglect to mention about movies they are discussing: the feel. This movie opens unapologetically in medias res–gritty fly-on-the-wall footage of a young man entering prison for a six-year stretch. The camera lingers, unhurried, soaking up every detail, every expression, every nuance. We don’t need to know why he’s going there–the point is he is headed to prison and we are going to watch what happens as it happens. The audience is instantly cast as voyeurs who have no idea what to expect, no desire to have their hands held through predictable plot devices, no fear to watch unapologetic and sometimes-gruesome reality unfold in front of their eyes without mercy.

Un Prophète was one of those rare movies that picked me up by the collar and stared deep into my life-force without blinking, without promising anything but a raw, beautiful, visceral experience I will carry with me forever.

That being said, I enjoyed this movie straight-away. I don’t mind subtitles (the audio track is in French, Arabic, and Corsican, an Italian dialect), I don’t mind a slow pace, and I don’t mind doing a little work to figure out what is going on. If you hate to read your movies or want everything spoon-fed to you than, as you may imagine, this is not the movie for you. And that’s fine, although I do think less of you for feeling that way.

The lead character–Malik El Djebena–was brilliantly cast by Audiard and commendably breathed to life by Tahar Rahim. Who knows what other roles he may excel in (he’s kind of a strange looking guy in real life), but he was as perfect for this role as Mark Wahlberg was in Boogie Nights–a perfect match, a perfect career choice, and one that will keep him employed for a long time (he has six movies slated for release in 2011, for example).

Half-Corsican and half-Arab, Malik is rejected by both groups in a French prison divided purely along racial/religious lines. As always, he is on his own, an outcast left to his own devices to survive in this world.

Although the plot of this movie is chock-full of exciting developments, twists, and surprises, what is ultimately the most enthralling aspect of the story is the slow, simple character arc of Malik as he adjusts to life on the inside, as he matures as a man, as he carves out his place in this world. This arc drives the plot as harmoniously as it is driven by the plot, which is impressive–indicative of masterful storytelling, from script to direction to performances to editing–and helps what is an extraordinarily-long movie drenched with luscious detail somehow feel fast-paced and lively.

Rather than the feature film that it is, Un Prophète felt more like a mini-series I didn’t want to end. Like everybody watching the first of two installments called the cable network and demanded they immediately play the next one and so they did, without any annoying commercials. It was a drug that kept coming, kept flowing into my bloodstream as if I was a rat in some scientist’s cage pressing a button for MORE DRUGS every second and every second I got exactly what I wanted.

You know that feeling you have when you watch three episodes of Breaking Bad and you immediately want to watch the rest of the season until you have to shower-up for work the next morning? That is the feeling you will get from watching this movie, so don’t be put-off by its length. 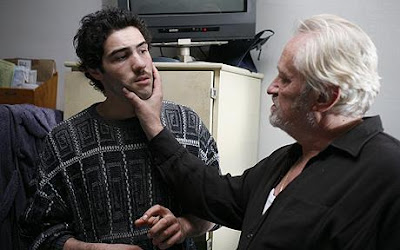 One of the most interesting things about this movie is that it takes place in a modern French prison. Most prison movies I’ve seen offer much the same, in terms of prison life and decor–small Spartan cells, a mess hall, ‘the hole,’ some violent gangs, people trading cigarettes, abusive gay thugs, asshole guards, a corrupt warden…

In Un Prophète, the inmates eat healthy delicious meals in their cells that look more like small Parisian apartments, read porno magazines, brew delicious-looking bowls of coffee whenever they want, are distributed fresh baguettes with every meal, receive expensive gifts from outside, attend classes in a normal-looking classroom, dress nicely, smoke hash, read the paper…there is something so undeniably French about this prison. It is probably not maximum-security and perhaps there are some fictional fudges for dramatic license, but still–I have never seen a prison I would rather be in. It actually looked tolerable. Leave it to the French, right?

And yet, of course, it is still prison. They have to be there. They are caged-up with a bunch of bored assholes who like to pick fights to have something to do. Violence is a part of everyday life. Life on the outside, freedom of movement, fresh air, women, and possibility…are all out of reach. Will they die in there? Will they escape? Will they outlast their enemies? Will they never want to leave?

Another interesting feature of Un Prophète is that it is a prison movie completely devoid of a warden. Can you imagine? He is never seen. Not even once. We assume there is one, but that phantom is wholly uninvolved in the story, in the running of the prison he ostensibly rules. The inmates are literally in charge of the asylum–the guards work for the Corsican gang, are abused in the same fashion crime bosses abuse their henchmen in gangster movies; they are anonymous footsoldiers whose existence, effect, and import are somehow almost irrelevant to prison life.

As a result of this quirk, the story of this movie could almost have happened anywhere–in some little town somewhere, on an island, at a university. It is a simple story of a boy who never had a chance–no parents to raise him, grew up in juvenile detention centers, doesn’t belong no matter where he goes–trying to find his place in the world as two ethnic gangs do battle around him and he fights for his life. As is often the case–especially in Corsica/Sardinia/Sicily/etc–the authorities are not in charge, the criminals are in charge. The bottom line is, as it has been everywhere throughout time, whoever has the money and the iron fist will rule over the locals for as long as he stays ahead of his competition. 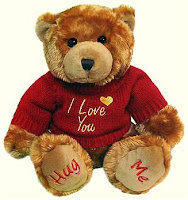 As you can tell, I loved this movie so much I would give it a stuffed bear wearing a sweater. My only complaint, in fact, is the off-putting titles superimposed over freeze-framed images every now and then. I suppose they were chapter demarcations dividing a long tale, but I didn’t need them. I thought they interrupted the flow and looked very artificial in what was otherwise a tale told unflinchingly from the gut by a guy with his feet in the trenches. I’ve said it a number of times in this review, but I’ll say it again–what I liked the most about this movie was that it was so raw, so real, so full of energy…and those titles were manufactured and, above all, blatantly editorial.

In short, if you have not already, rent this movie. It even streams on Netflix. Buckle up, settle in, and get ready for a fascinating tour of an unfamiliar world.