If there is one thing Solid Snake hates more than metal gears, it’s the war economy. At least, that’s what I picked up from the 60-hour interactive movie that was MGS 4.

What it means is that, in the future, war itself becomes part of the economic growth plans for the world’s nations. In many ways, that reality is already upon us. Many civilian corporations make billions off of conflicts around the globe, and not just arms and ammunition manufacturers. When the end-user is reaping in huge sales, the parts supplier hits it big as well.

From the teaser trailer, it seems that Advanced Warfare is going to play off that theme as well. And unlike the too-coo-for-school Drebin from Snake’s adventure, CoD fans will be treated to someone a bit more high profile. 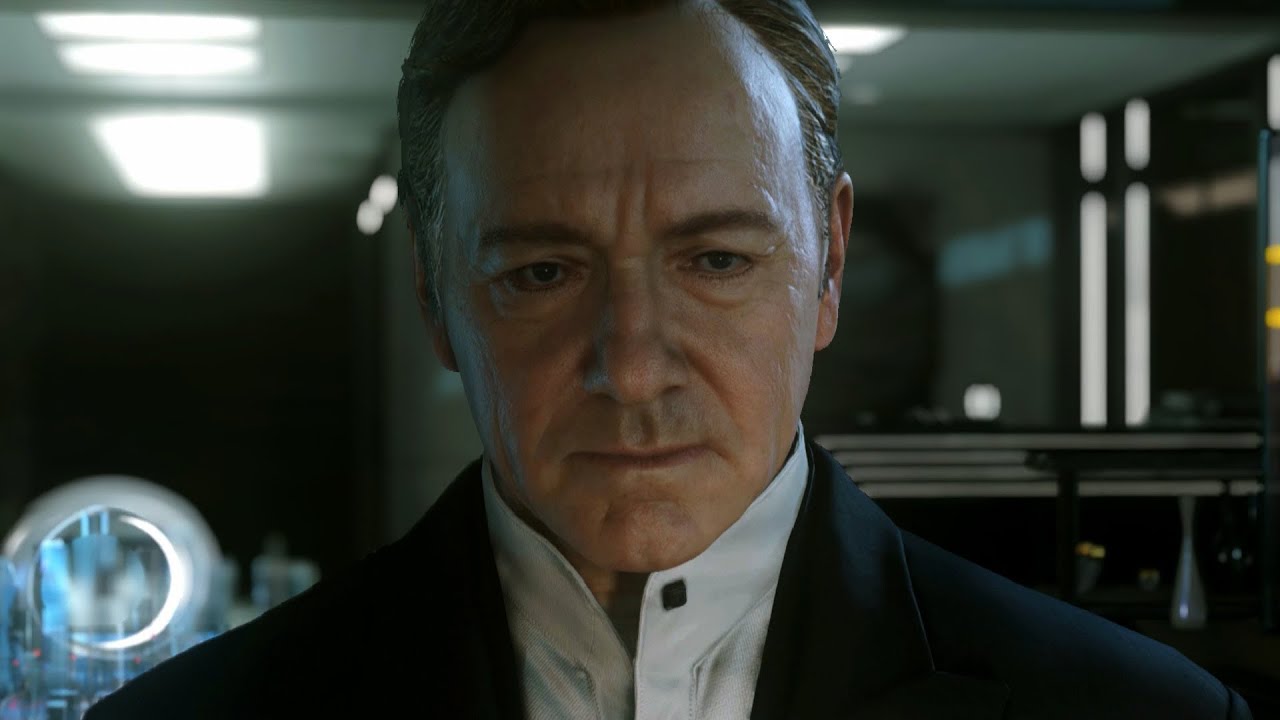 MGS4 suffered from a case of MyPlotMakesNoSense-itis. Hopefully the writers behind CoD:AW will learn from these mistakes and put together something that holds a little more water. The developers are tight-lipped about the details, but we do know that the story will involve paramilitary groups, nation-states, and probably a little bit of backstabbing. As if you expected anything less from Kaiser Sozei.

Advanced Warfare is set to release in November, as is the case with all CoD titles, so we should be getting more tidbits within the next few months. Until then, let’s crank the rumor mill to 11. What features are you looking forward to? What do you most want to see in this game?

And, most importantly, do you think that this title will be worth the $60, or is it time for Call of Duty to receive an Honorable Discharge?