“The arrogance of man is thinking nature is in our control, and not the other way around.”

I hit the ground running, breaking through foliage with one arm held in front of my face. The shield didn’t help; branches swung back and scratched deep lines in my exposed flesh. The buzzing of a thousand alien insects filled my head with an endless drone. A heavy rain had started just before the drop, and now thick mud halted every other step. I paid it no mind. I had to move. Had to keep moving.

I was being hunted.

Our assault specialist had gone down first. He’d been injured early in the mission after mistakenly charging into a pack of Blitz Leopards. Our medic had patched him up, but field dressings could only do so much. When we encountered our target, he barely had time to engage his shields before it broke him.

Then went the tracker and her mutt. If I make it out of this alive, I don’t think I’ll ever forget the sound that alien dog made when its master took a geyser of flame to the face. It charged in bravely, but the creature was ten times larger and a hundred times more powerful. It never stood a chance.

The medic and I beat a hasty retreat, seeking out the shelter of the local fauna. They’d clue us in to the monster, give us enough warning to prepare to fight. I had comms with our dropship and prepped an orbital strike. It would be dangerous, landing ordnance this close, but we were desperate. I turned to say as much to the medic only to find her missing. A trail of blood and a mess of equipment were all that remained.

You’d think something as big as a Goliath couldn’t sneak up on you. 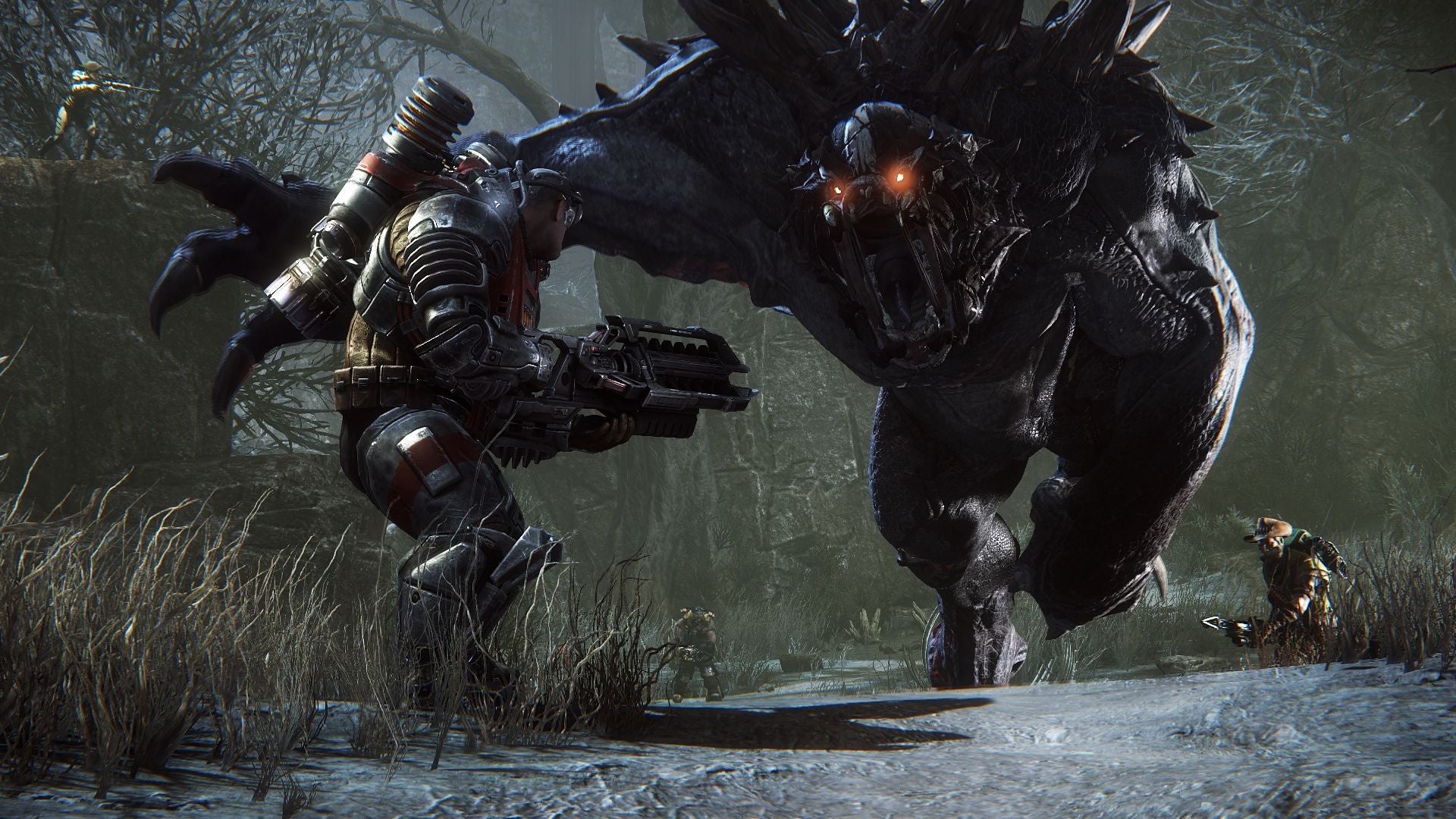