Dearest Mar’Tha, I hope this letter finds you well.

It has been only a few days since your message reached me, here on the jungle moon of Va’art. Command says we can’t leave until at least 50% of the planet is under our control. I know better, though. We can’t leave because there is an Imperial Star Destroyer in the skies overhead. You can see it some days, floating menacingly in the pale blue sky. So far it hasn’t bombarded our positions, but I doubt that’s because they don’t know we’re here. 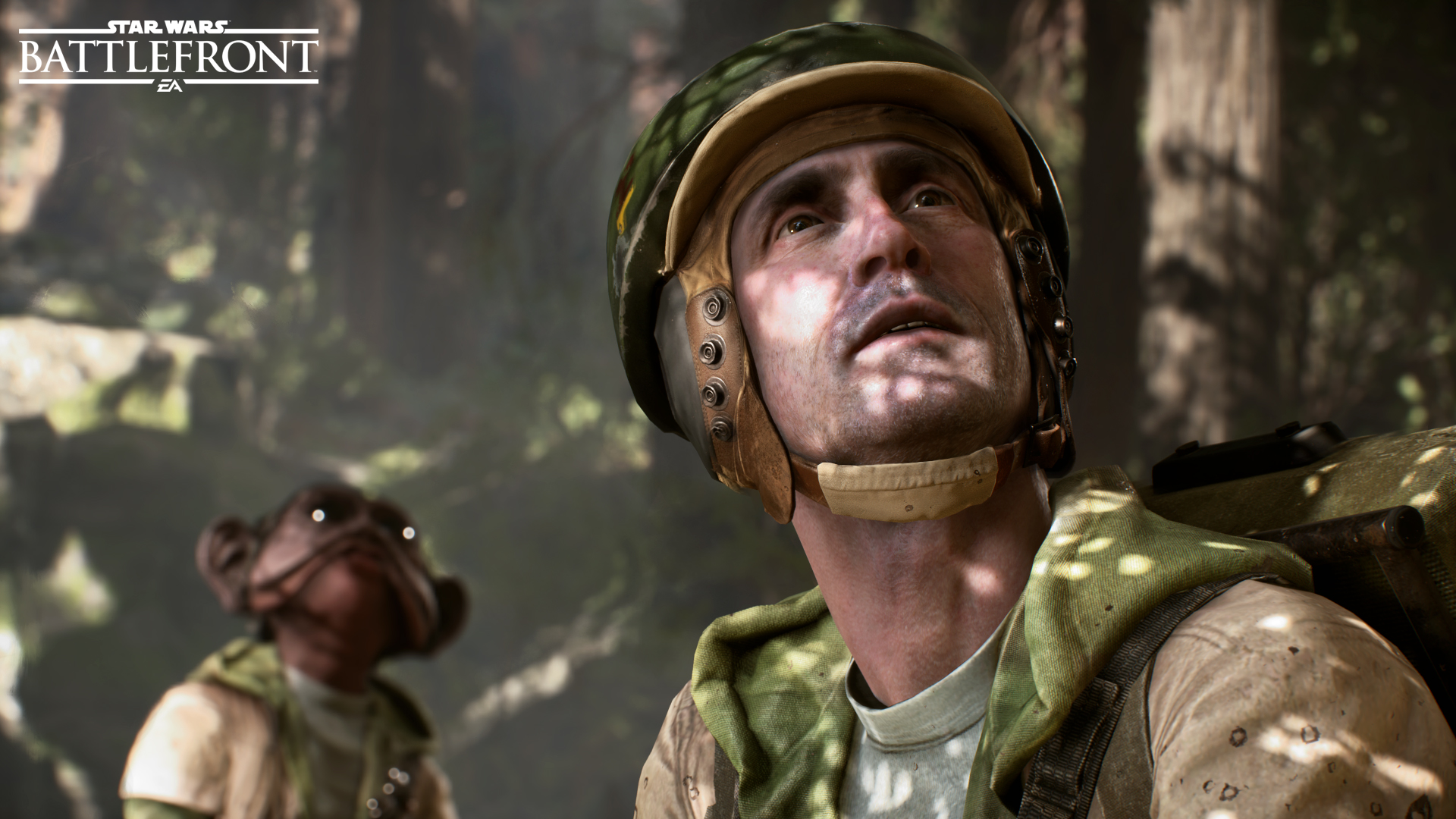 Four hours after our shuttles landed, the Empire launched a massive denial campaign. AT-ST and Speeder platoons deployed into the jungle, burning the vegetation to smoke us out. We held our ground against the enemy, making them pay for each inch, but we were losing the numbers game. I don’t know how the Emperor found so many willing soldiers for his army, but there seems to be no end to their blank white faces. On the plus side, they aren’t the best shots, so our losses were gradual.

You should see me on a Speeder. I remember during our time on Tatooine how you always wanted to see the Swoop races. I couldn’t stand it; the thought of someone riding a bike at those speeds terrified me. Now I weave between the trees like I’ve been doing it for years. It’s no less terrifying, but there is another feeling underneath. Excitement. I feel like I’m finally living my life, even if I’m doing it while in the worst possible places.

There is fear, of course, and it comes in waves. The bombing runs from the TIE’s always gets me. That banshee wail as they come screaming from the Destroyer overhead…I hear it in my nightmares. Then there are the AT-AT’s–massive troop transports that can wipe out an entire operating base. We rely on our own Y-Fighters to keep them at bay, but the ships are busy overhead. They can’t pull away into our fight very often. One day, they might not be able to make it in time.

Commander Organa’s messages are all we have to hold on to. His words of compassion in these tumultuous times are often too little to keep up our hopes, but just enough to stave off desertion. At least, that’s how it was until yesterday.

We brought down the shuttle with concentrated repeater fire, blasting through its hardened hull and into the engine block. It hit hard, knocking over trees and kicking up a huge plume of dirt and smoke. I was part of the 18th Recon, leading the vanguard against the Empire’s forces, so I was one of the first on scene. My squad leader, a Twi’lek named Uacar’kobo, approached the downed vessel from the North. He was a few feet away when the outer door exploded. 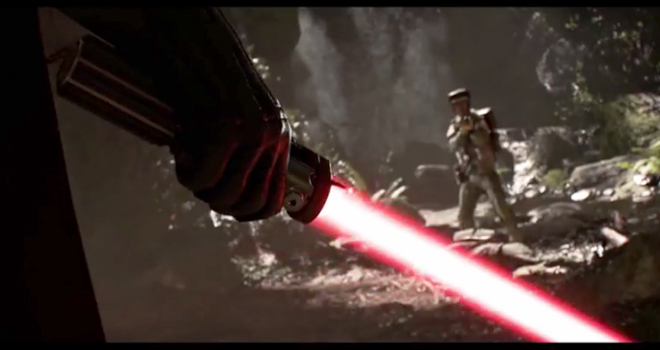 I’d never seen the Emperor’s lapdog in person. Lord Vader was more a myth than anything else for those of us on the front. I’d heard stories, though. Tales of his exploits during the purges. He was supposed to be a man without fear. In fact, he was supposedly barely a man at all. Watching him emerge through fire and ash, I can see where he gets his reputation. Then I watched him draw a fiery laser sword from his waist, cut Uacar in half, and proceed to mind-choke half my squad.

That was about the time I took off. I sprinted through the thick vegetation, vines snapping on either side. I was just about to a clearing when the sky fell in front of me and everything went dark. 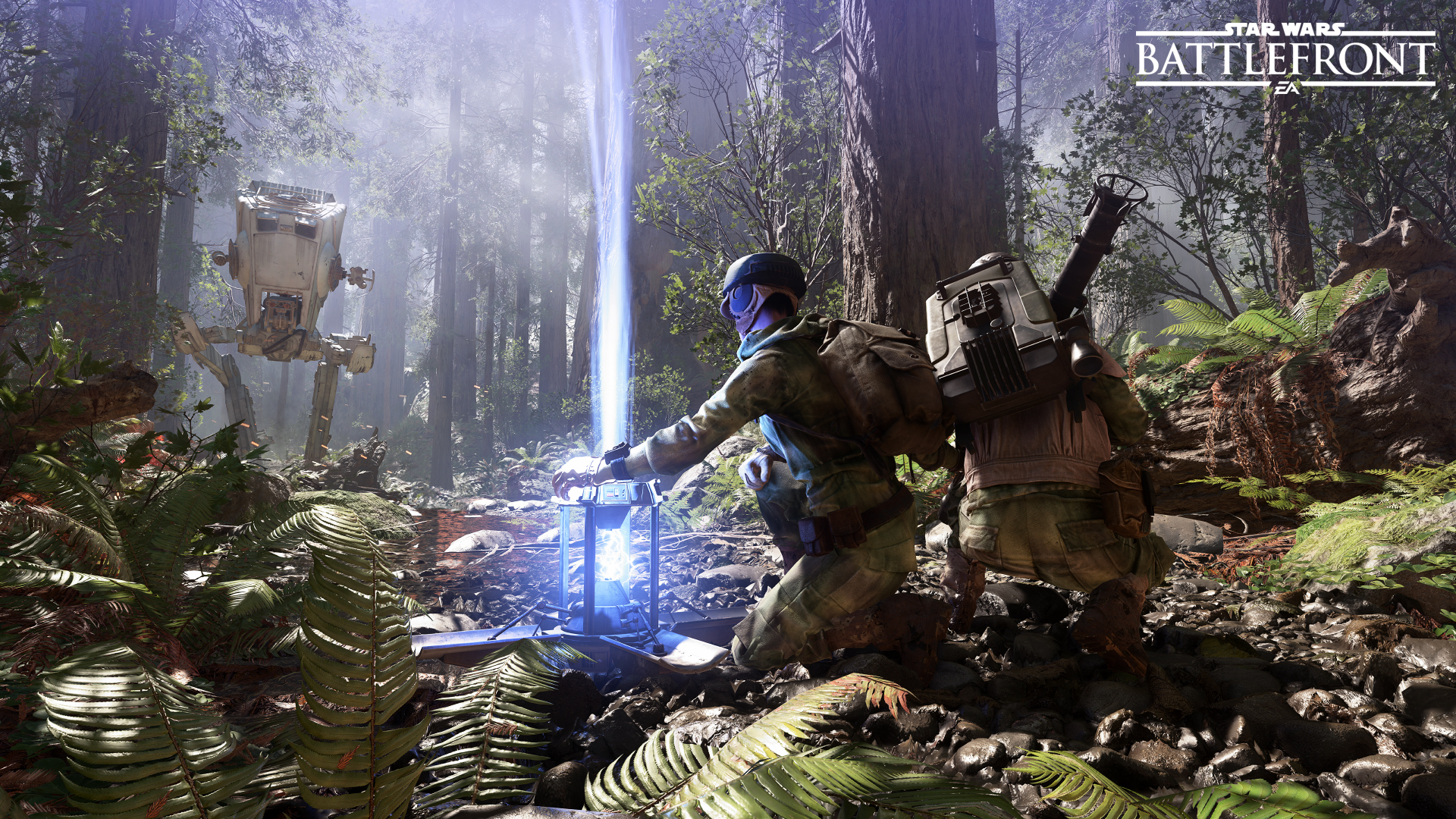 I woke up a few hours later, as the sun set. The thick canopy made it pitch black. The sound of battle rang in my ears, but it was just a memory. The jungle was silent. All around me, pressed into the bent ferns and crushed leaves, were the bodies of my friends. A few hundred yards away, the bent and twisted skeleton of an AT-ST slumped against a burning tree. The flames crackled and snapped, lapping at the green leaves overhead.

It took a few minutes before I regained the strength to sit up, and another ten before I could stand. The smoke from the various fires was so thick I could barely see, let alone breathe. I stumbled from tree to tree, stabbing my hands on the splintered trunks and tripping over the bodies of the Stormtroopers and fallen rebels.

Nearly an hour later I emerged from the desolate jungle into a clearing. The sky was blotted out by a ceiling of dark, undulating clouds. I could just make out the wailing engines of a squadron of TIE fighters well above me. I was about to make my way forward when the ground began to shake. The clouds parted just enough for me to see it. The Imperial Star Destroyer hung  over the landscape, engines thrumming hard to fight the moon’s gravity. Fighters and bombers circled the area, searching for any survivors of the bombardment. There was only one, and they sure weren’t going to find me alone on the ground.

I wait at the edge of the jungle for nearly a day before the massive ship pulled up and rocketed out into space. Then I waited a little longer, until the probe droids they’d left had moved on to other areas. I made the aid station on the third day, and that’s where I’ve been ever since.

All my love, darling. I pray I will see you again soon, when I finally leave the battlefront.