I have an issue when writing about women. In my latest book, When the Stars Fade (shameless plug), I write about female soldiers and pilots fighting a new and frightening war against an alien menace. When I introduce these characters, I invariably fall back on a sadly sexist descriptor. “She walked into the room, her hair just right.” Or, “She was tall and attractive, with long eyelashes and a permanent smirk.”

None of my male characters had this type of introduction. They were “imposing” or “commanding,” but my females were all boiled down to their physical attributes. To be honest, having that pointed out to me was an eye-opener.

In video games, we see the same to be true. Our female leads can’t just be powerful. They need to look good too. Take, for example, Jill Valentine from Resident Evil. In the first game, she is dressed tactically, as one would expect from a police officer. 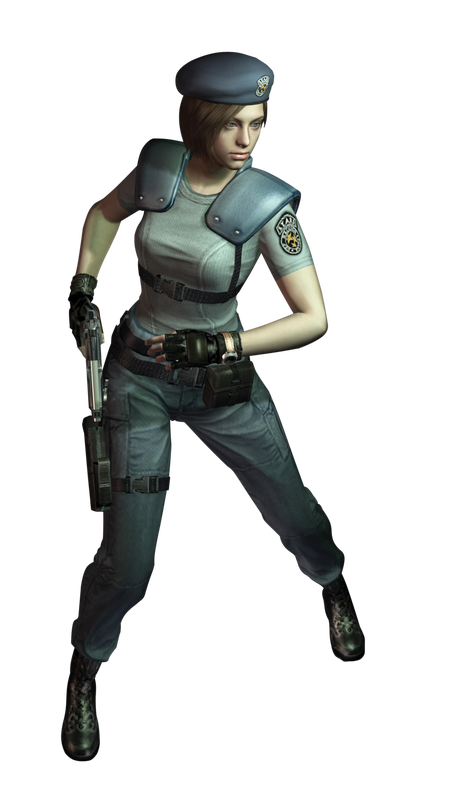 Yes, one could argue that her top is a bit tight for a combat situation, but this is the least revealing uniform I’ve ever seen a female wear in a video game (minus Samus Aran, but we’ll get to that in a bit).

You know what’s not so great when fighting waves of the undead? EXPOSED SKIN! This outfit serves no practical purpose other than to titalate gamers and taunt the grumbling hordes of zombies. Now yes, Kratos is wearing something a bit more revealing in God of War, but I’ve never heard anyone chat about how they’d like to “get their hands on his ‘Bastard Blade,'” if you take my meaning.

In RPGs, male characters tend to bulk up as they improve their armor, ending with massive suits of adamantium and troll scales and grendel teeth. Female characters show more skin with each improvement to armor, until they are down to just a thong and some pasties. How is that armor? Why is that armor?

Male leads in action movies don’t tend to be the most attrative. Say what you will about Governor Ahnuld, he’s no Chris Hemsworth. Action heroes, like male leads in games, don’t have to be “handsome” or “sexy.” They just need to be badass. Women, however, have to be equal parts supermodel and superhero just to fit in.