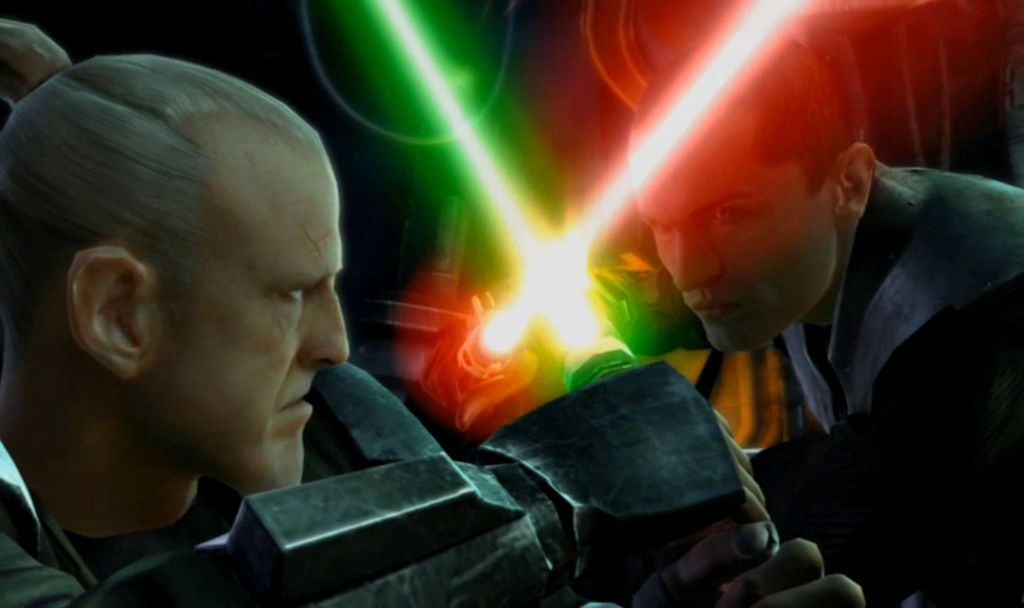 Juyo, or Vapaad as it is sometimes called, is the most aggressive form of lightstaber combat. It is frenetic and uncontrolled, focusing on power strikes rather than finesse and strategy. Darth Vader was a noted practioner of this style, as was Darth Maul. Kylo Ren, the newest baddie in the Star Wars verse, seems to favor the loose and brutal technique as well. 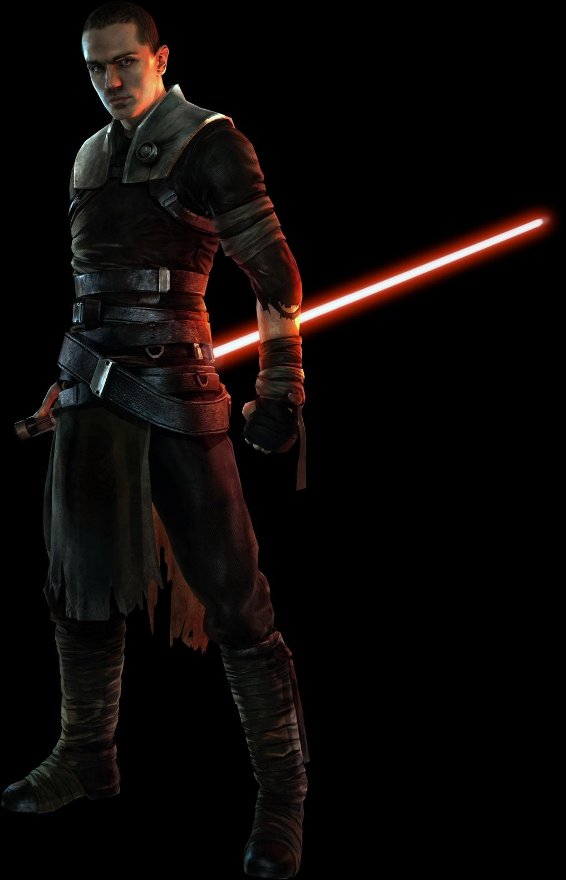 Galen Marek (Starkiller–voiced and faced by the highly underrated Sam Witwer), the protagonist of The Force Unleashed, wields his lightsaber in an unconventional reverse grip. It is visually striking, different from anything we’ve seen in series until now. He walks with cold determination toward his foes, batting away blaster bolts with nary a blink. When he closes on his enemies, he strikes them down swiftly and mercilessly. In a word, it’s F’N great.

Galen begins his story as the secret apprentice to Darth Vader, at a time when the Sith Lord is at the height of his strength. Vader uses Galen to hunt down the few Jedi who survived Order 66, sending him into battle against endless foes and powerful Force users. Each task is completed in brutal fashion, leaving rows of dead in the wake of the mission. What makes it fun is the fact that, with only a few exceptions, these battles require the player to exercise their wits and reflexes to win. There are some quick-time-events that take away from the overall feeling of accomplishment, but those are usually only triggered after whittling down the enemy’s heath bar.

The combat was fast-paced and visceral, with arms and legs cleaved from their bodies by Galen’s humming blade. Sure, it was a button mashing frenzy, but it looked damn pretty and sounded better.

So if the mastery of the lightsaber wasn’t the issue, where did the game falter?