The Force Was Strong with This One

Galen Marek was a powerful mix of Jedi training and Sith power. He wielded his lightsaber with ferocity of Mace Windu, but controlled the Force with the spirit of Vader himself. He could lift multiple stormtroopers into the air and fling them into oblivion, shoot endless bolts of lightning into his enemies, and hurl his saber like a deadly boomerang. One of my favorite things to do was lift up a stormtrooper, zap them with lightning, hurl my lightsaber into their suspended body, and then chuck them off a cliff.

The one time the game truly failed me was the infamous Star Destroyer scene. 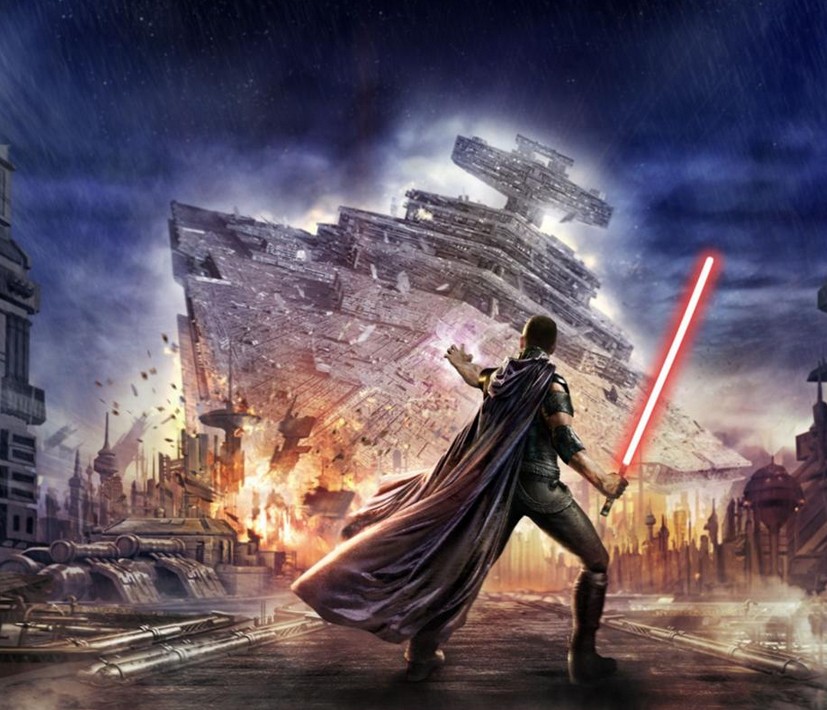 Since Disney retconned the Dark Empire saga, we may never get to see Luke Skywalker pull a Star Destroyer out of orbit. Instead, we got a poorly designed sequence involving fumbling controls, endlessly spawned Tie Fighters, and a criminally slow Force Pull. The idea behind the sequence was intense and amazing, but the execution was so poor that it made the rest of the game less polished.

That said, Galen pulled a damn Star Destroyer out of orbit and crashed it on the surface below. That’s some damn impressive noise if you ask me. It may not have been fun to do, but you have to admit that the end result was pretty amazing. If ever you were going to feel like an all powerful space wizard (without having to come from the Moon, Destiny), this was that moment.

Okay, so the execution of the scene lacked polish and revealed some of the hidden flaws in the gameplay, but this was still a fun title with an engaging story. Why all the hate?