It’s that time of year again. After a long debate, and some technical difficulties, we are proud to announce our 2015 Game of the Year Award Winners!

It should be said that 2015 had an amazing roster of games from a variety of developers. Independent companies shone throughout, and some AAA titles renewed faith in aging series. But only one can take the main prize. With gorgeous graphics, a haunting aesthetic, and some of the most imaginative monsters we’ve ever seen, Bloodborne was the clear winner in Art Direction for 2015. The latest in the Demon Souls style of hack-and-slash was punishingly difficult, but worth every sweat-stained moment.
We may have cursed our way through Yharnam, but we loved every gore-soaked minute. Congratulations to Hiedtaka Miyazaki and the entire development team for Bloodborne.
BEST SOUNDTRACK – ROCKET LEAGUE

The surprise winner this year is Rocket League, the stunning game from Psyonix. Each thumping house mix stays in our ears and on our playlists weeks after each game. That the title itself is fun and addictive doesn’t hurt either.
Honorable mention has to go to The Witcher 3, with some of the best orchestral tracks of 2015. But if we’re pressed to say who sung the song of our gaming year, the honor goes to Rocket League.
BEST RPG – THE WITCHER 3

This was an easy pick. While many games this year came swinging, only one rose to the top of the hill. Fallout had a the usual charm, Undertale was remarkable, but The Witcher 3 was one of the finest titles we’ve ever seen. Crafted to perfection, and polished to a crystal shine, this was the epitome of the RPG genre.
BEST HORROR – UNTIL DAWN 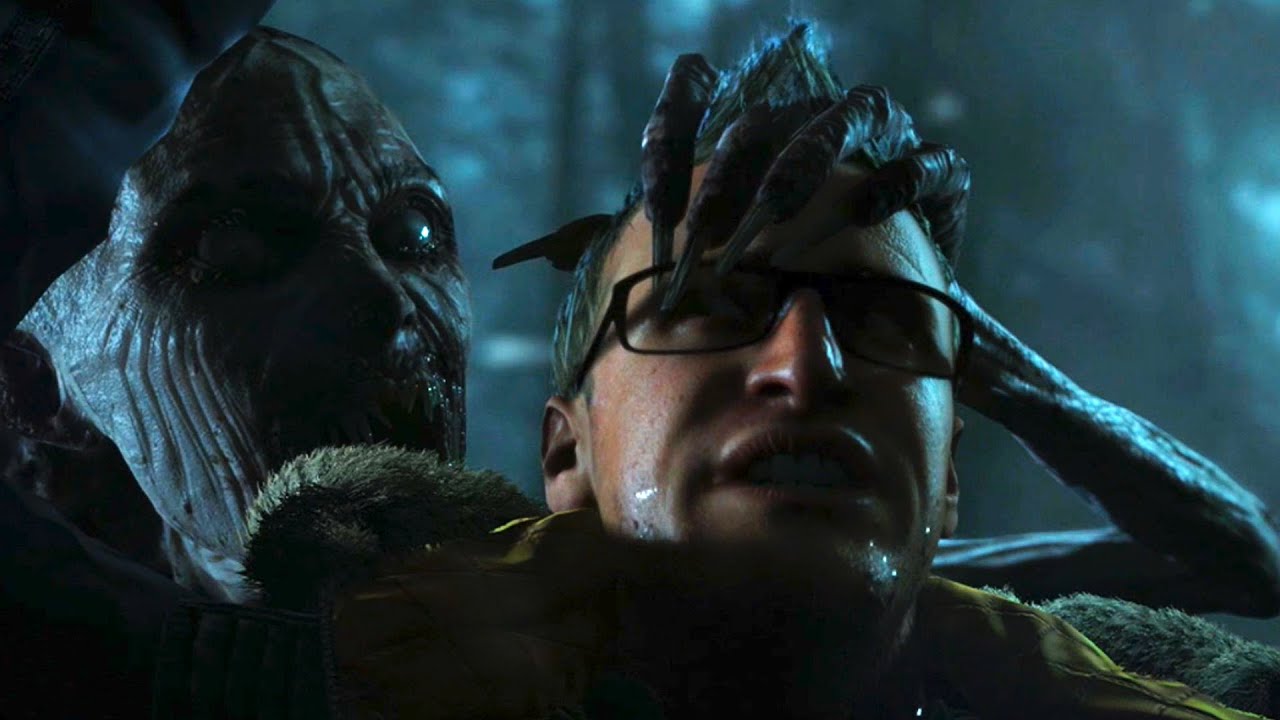 This was a more difficult choice for the editors of CC2KOnline. SOMA had some of the best genuine scares of the year, and Dying Light fulfilled my zombie quote by a fair margin. But no game this year was as immersive and theatrical in its horror as the QTE-based Until Dawn. With a stacked cast, and plenty of stomach-turning gore, this was the horror game for the next generation.
BEST SHOOTER – HALO 5

Let’s get the cat out of the bag: Black Ops 3 was the best Call of Duty game in years. Unfortunately, that was not a high bar to climb, and its paint-by-numbers gameplay no longer interests us the way it used to. The single-player story got more love than previous iterations, but there is a foundational issue with the series that needs to be addressed, lest it go the way of Medal of Honor. Only one series this year came in with such force as to be the unchallenged winner.
Halo has been good, bad, and even times ugly. In 2015, Halo was great. The multiplayer is unmatched, the single-player felt fun and familiar, and the graphics were as powerful as you would expect from the killer app.
BEST SIMULATION / STRATEGY – CITIES: SKYLINES

Another easy choice for us here. The mad geniuses at Colossal Order knocked this one out of the park, unseating all previous city-building games. It is a simulator through and through, with few bells and whistles and no story, but it sucks up hours at a time. It is my 3 AM game, and keeps the CPU on many a computer warm at night.
BEST MULTIPLAYER

Halo 5 could have kept its multiplayer unchanged and take this award, but it went ahead and added the best mode we’ve ever seen: Warzone. This is the epic scope of gaming we were promised from the last generation. This is what the PS4 and XBOne (and PC) are truly capable of bringing. This is what multiplayer should be.
BEST STORY – LIFE IS STRANGE The Witcher 3 was epic and lovely, MGSV was corny and fun, but only one game had a story that resonated long after it was over. I don’t recall all of the things I did as the hero of any other game in 2015, but my actions in Life is Strange will haunt me. The realism, mixed with fantasy, made this the most memorable story experience I’ve ever had with a controller in my hand.
BEST PERFORMANCE – ASHLY BURCH
Everyone in the office agrees, Nick Valentine is the hero the Commonwealth deserves. Stephen Russell’s deadpan performance absolutely owned the companion, and the sharp writing kept him at our side through most of the adventures in the wasteland. Still, as good as he was, there was only so much story inside that character. In fact, of the many amazing performances this year, we only saw one with truly inspiring depth.
Ashly Burch cut her teeth making fun videos about video games, and now she is deeply involved in crafting some of the best story-driven games out there. Congratulations to her and to the team from Life is Strange.
BEST INDIE GAME – HER STORY

This was a bit of an upset here at the office. I was convinced, through most of the year, that Cities: Skylines was the clear winner for Indie games. That all changed in December, when I received a copy of Her Story to play. When I saw the live-action footage, I thought I was playing a game from 1995. Instead, I found myself immersed in a police drama. The gameplay was utterly unique, and the performance by Viva Seifert was incredible.