We thought the war was over. We thought we had won. We were wrong.

Much has been said about the retcon of XCOM: Enemy Unknown / Within’s campaign. While Firaxis and 2K have retold the story leading up to XCOM 2, the bigger question remains: Is this game worth the $60 price of admission?

Before we get into the meat of the review, let’s just throw down with a little spoiler warning. 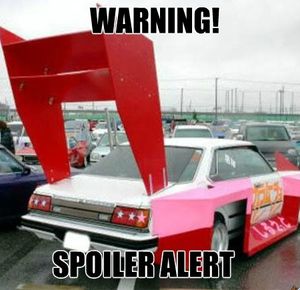 If you played XCOM: Enemy Within, or if you read my award-winning series, you know the story of the original invasion. Aliens arrive, bombing cities and capturing citizens. A mysterious Council stands up the XCOM project in order to combat the attack, struggling to keep global panic down. After many months of fighting (or years, depending on how you play), the XCOM leadership discovers a massive alien vessel leading the attack. Using a psionically gifted soldier, the humans launch a Hail Mary attack and destroy the mothership, sending the aliens packing. In a final act of sacrifice, the psionic human drives the ship into space where it safely explodes. We win!

Except, that’s not the narrative Firaxis chose to follow.

I’m going to pause again, because some people missed the picture above. I AM ABOUT TO SPOIL SOME SHIT. READ AT YOUR OWN RISK!

It was all a dream.

Rather, it was battle simulations played in the Commander’s head during a forced stasis. You see, in the game XCOM: EU, the aliens invade in a leveled system, introducing more difficult enemies slowly. In the new universe of XCOM 2, the aliens invaded…in the way an actual offensive force would. We’re talking sectopods and mechtoids hitting the ground first, blitzing the human front and destroying any semblance of defense. XCOM stood up, for sure, but was immediately swatted back down. The Commander, along with many other XCOM soldiers, fell in the battle and was thought dead. But one man never gave up hope. Even as the alien forces took over Earth and began a systemic subjegation of mankind. Even when human collaborators formed the Advent with the invaders. Even when humanity seemed on the brink of extinction.

That man was Central Officer Bradford.

So 20 years after the invasion, with the Commander kept in a vat of goo for some sinister reason, Bradford rescues him/her and makes him join The Resistance (because apparently no one else on the planet has the brains to do the job). The Commander must immediately become familiar with the new state of the world, the tools at his/her disposal, and the one-sided struggle against the Advent forces. All this with diminished resources, a ticking clock to doomsday, and the ever-present voice of a barrel-aged Bradford.

So is this game even going to be worth it?