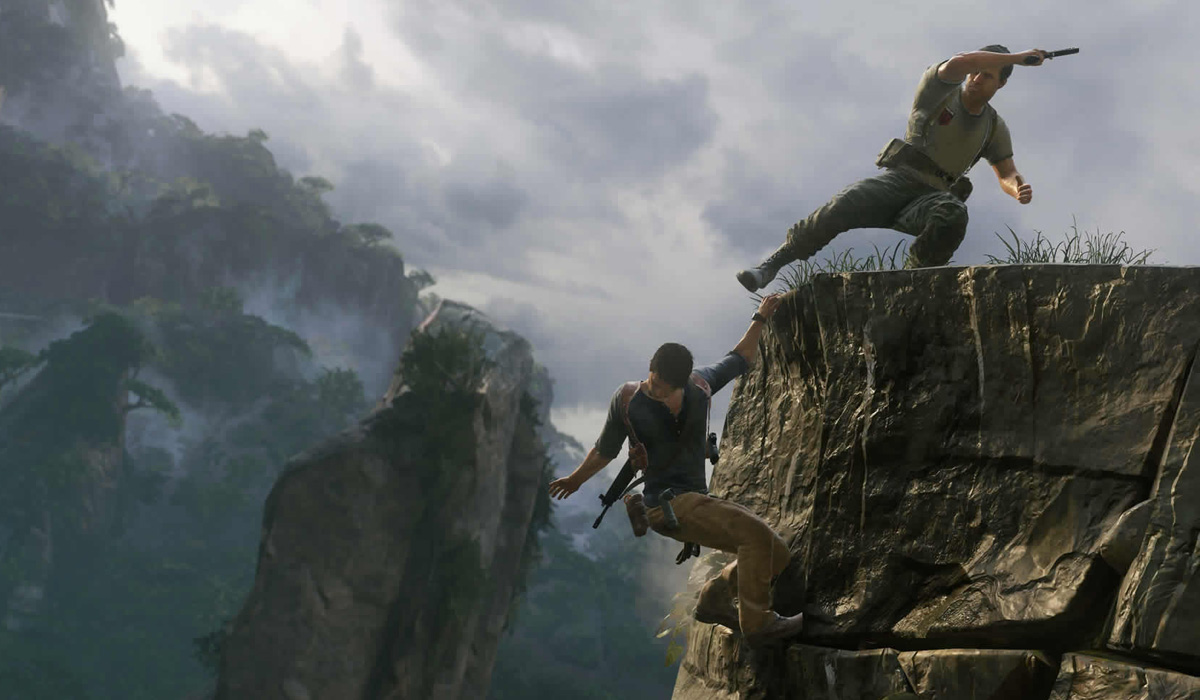 If Nathan Drake is known for anything, it’s his ability to scale just about any structure like a freaking monkey. This time is no different. By the end of the game, you will have perfect every type of climbing puzzle known to the world. As in previous series, there is a large amount of forgiveness built into the mechanics. Nathan won’t simply slip off a ledge to his death. There is a challenge more in finding the right path than in sticking the landing. Some care must be taken, as climbing puzzles are often interwoven with combat, but it never feels cheap or frustrating. At the same time, I never felt the game was holding my hand too much. There were enough variables to keep me guessing.